Hung Hing, one of the "leading" syndicate, has just made Chan Ho Nam (Ekin Cheng) the "keeper" of Causeway Bay. At the same time Crow and Tiger, "elite" members from another mafia Dong Ying Club, open a karaoke club opposite to Chan's, sticking a foot into his territory. On the other hand, Dong Ying succeed in having Chang assassinated in Holland and frame Chan for his death. Let's see how Chan face those challenges for Dong Ying Club. 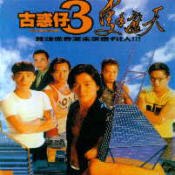